Although I don’t really have problems talking English with number of engineers and managers from other countries (English is the universal language, obviously), I am far from being bilingual, as you’ll may see in these following lines ;) . However, I will make effort to use Shakespeare’s language in this post because I think its content deserves. I hope I’ll stay understandable and I apologize in advance to my bilingual readers for grammatical or spelling mistakes that I’ll probably make ;)

Looking through my twitter timeline this afternoon, I came across a retweet from Shad Sakac, director of EMC’s System Division and an influent blogger affecting the whole storage and virtualization scene with his well known blog “VirtualGeek”. The tweet was an enthusiastic reaction to a recent post from Mike Colson, a member of the EMC vSpecialists “dream team”,on his personnal blog. This post does not specifically talk about technology, but more about the relation betweem Mike and the evolution of his motivation and approch of the IT world in the past months/years. It appears that I fully share his vision and his “state of mind”, especially the dichotomy between production engineers and strategists or executive profiles.

Before reading the following part , I urge you to read his great post and come back to this blog to share (in French, probably ;) ) your own conviction regarding theses thoughts.

In fact, I really think that it’s important for us (IT architect, Executive Engineers, IT Directors …) to take time to find our own position between the two profiles, well described in Mike’s post. So “Warrior” or “Monk” ? For me, today, I think I’m halfway: yet “Warrior” but increasingly turned to the “Monk” side. The fact is that the age and responsibility have a significant influence, obviously. Nevertheless, I personally hope to never lose this desire or need to experience products myself, because I think it really helps to assess their potential and features, and so, the opportunity to integrate them in our production environments.

And you ? Monk or Warrior ?

Source: the great post of Mike Colson on his blog. 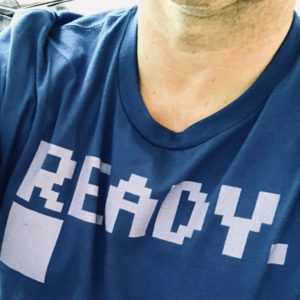